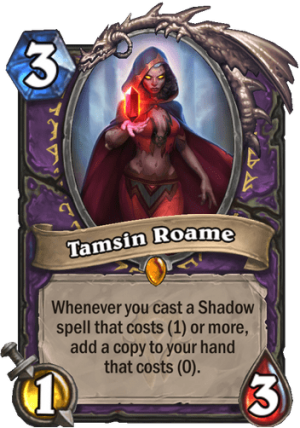 Tamsin Roame is a 3 Mana Cost Legendary Warlock Minion card from the Forged in the Barrens set!

Whenever you cast a Shadow spell that costs (1) or more, add a copy to your hand that costs (0).

In life, Tamsin Roame was one of the Alliance's most promising mages; now she is the Horde's most dangerous warlock.
Tweet