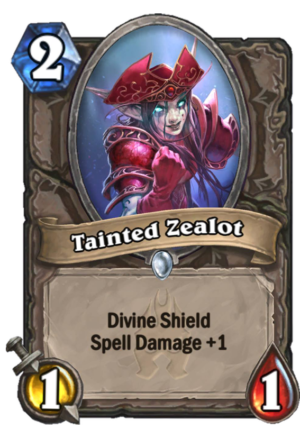 Tainted Zealot is a 2 Mana Cost Common Neutral Minion card from the Knights of the Frozen Throne set!

The love she shares seems to go nowhere. Now she's lost her Light, tosses and turns, she can't sleep at night...
Tweet