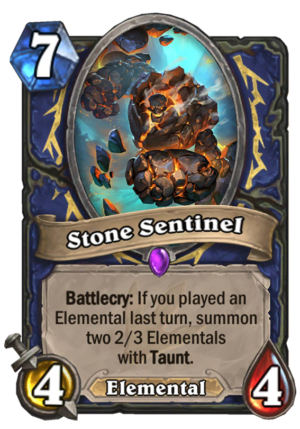 Battlecry: If you played an Elemental last turn, summon two 2/3 Elementals with Taunt.

He and his friends just want to rock out.
Tweet