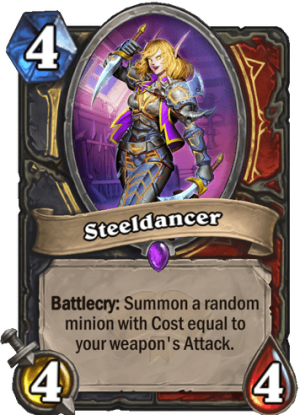 Battlecry: Summon a random minion with Cost equal to your weapon's Attack.

Pretty powerful if you blade your cards right.
Tweet