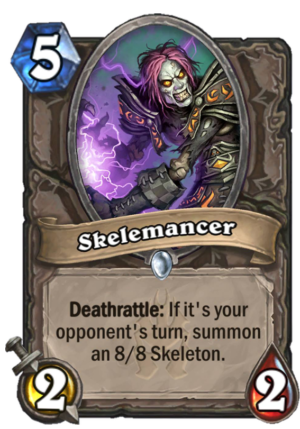 Skelemancer is a 5 Mana Cost Common Neutral Minion card from the Knights of the Frozen Throne set!

Deathrattle: If it's your opponent's turn, summon an 8/8 Skeleton.

What do you mean there's no such thing as "Skelemancy?" But "Dinomancy" is ok?
Tweet