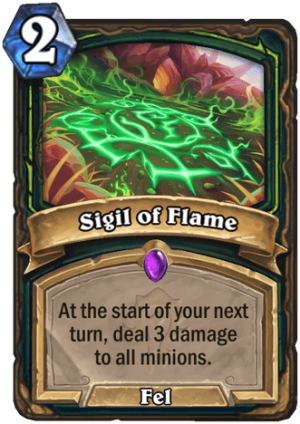 Sigil of Flame is a 2 Mana Cost Epic Demon Hunter Spell card from the Forged in the Barrens set!

At the start of your next turn, deal 3 damage to all minions.

"Huh, it reads F-I-R-E. Wonder what that means?"
Tweet