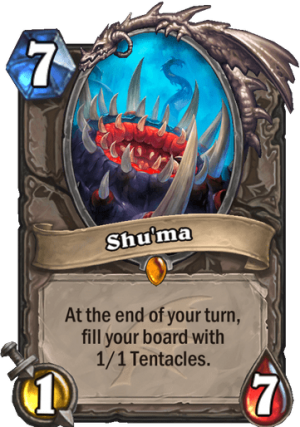 Shu’ma is a 7 Mana Cost Legendary Neutral Minion card from the Descent of Dragons set!

At the end of your turn, fill your board with 1/1 Tentacles.

How to tell your mother to go away.
Tweet 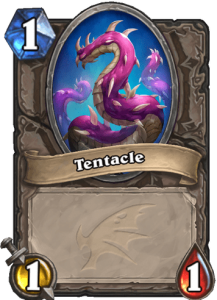