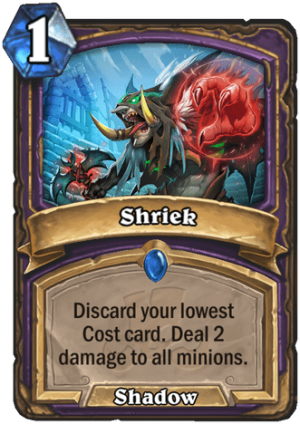 Discard your lowest Cost card. Deal 2 damage to all minions.