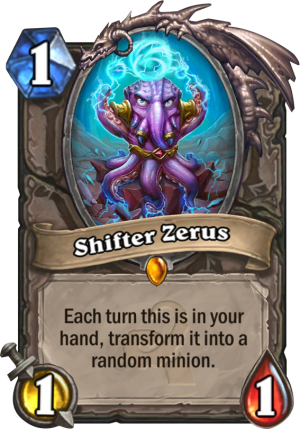 Shifter Zerus is a 1 Mana Cost Legendary Neutral Minion card from the Whispers of the Old Gods set!

Each turn this is in your hand, transform it into a random minion.