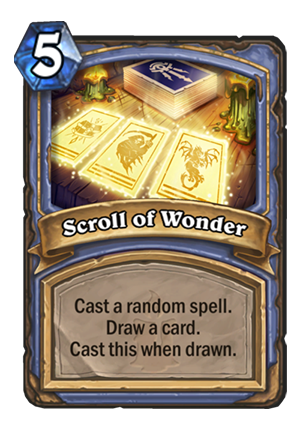 Scroll of Wonder is a 5 Mana Cost Free Mage Spell card from the Kobolds and Catacombs set!

Cast a random spell. Draw a card. Cast this when drawn.

Cards Relating to Scroll of Wonder