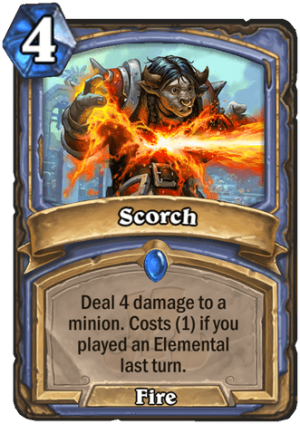 Deal 4 damage to a minion. If you played an Elemental last turn, this costs (1).