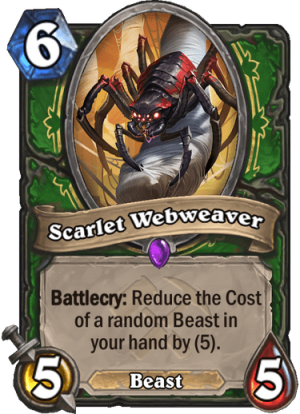 Battlecry: Reduce the Cost of a random Beast in your hand by (5).

Isn't that nice? The spider made the explorer a sleeping bag!
Tweet