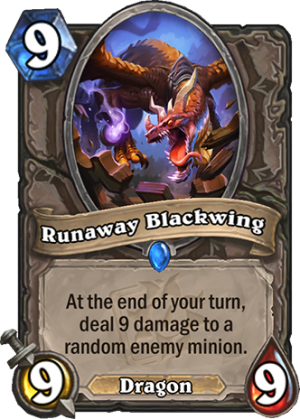 At the end of your turn, deal 9 damage to a random enemy minion.

It has been 5 minutes since our last Azeroth Racing League violation.
Tweet