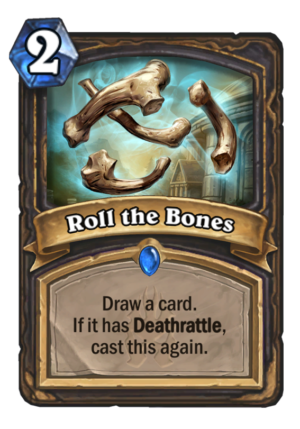 Roll the Bones is a 2 Mana Cost Rare Rogue Spell card from the Knights of the Frozen Throne set!

Draw a card. If it has Deathrattle, cast this again.