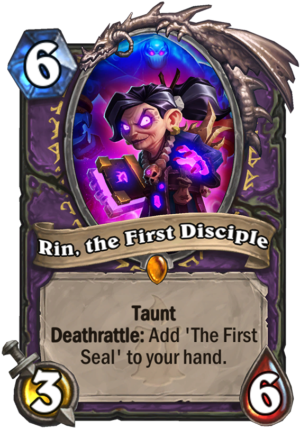 Rin, the First Disciple is a 6 Mana Cost Legendary Warlock Minion card from the Kobolds and Catacombs set!

Taunt Deathrattle: Add 'The First Seal' to your hand.

Once Rin, the First Disciple dies on the board you will receive The First Seal. Once you play that you get the next card until The Final Seal which produces Azari, the Devourer! 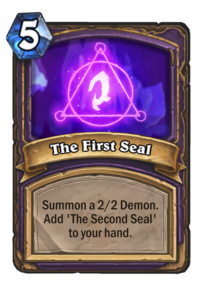 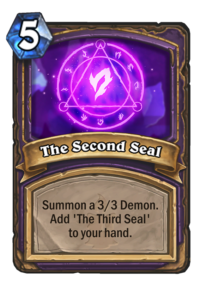 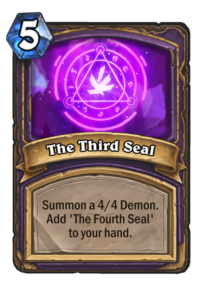 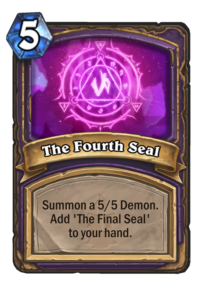 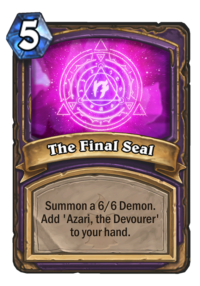 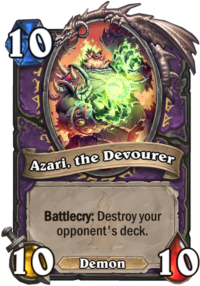 The embodiment of your weekly /r/customhearthstone post, this card features too many steps with really cool art. Paying lots of mana to do absolutely nothing many times is not a bargain worth selling your soul for. Consider this – even The Final Seal, a 5 mana 6/6 is not actually a good Hearthstone card. As cool as Azari, the Devourer is, this is one deal with the Devil you don’t want to make. 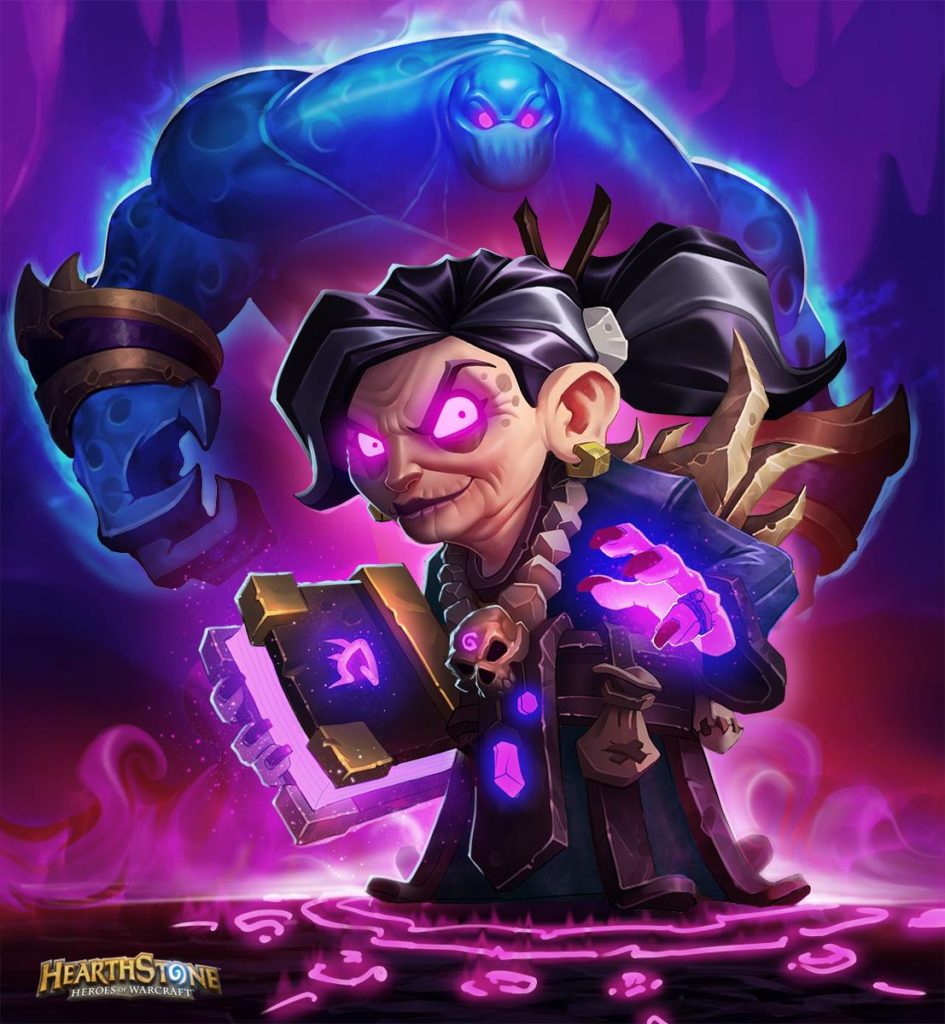