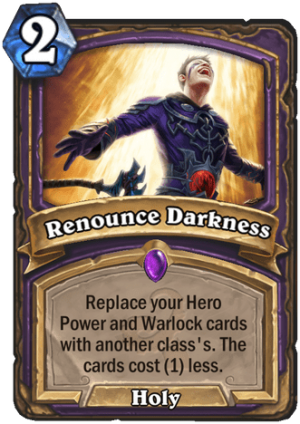 Renounce Darkness is a 2 Mana Cost Epic Warlock Spell card from the Whispers of the Old Gods set!

Replace your Hero Power and Warlock cards with another class's. The cards cost (1) less.