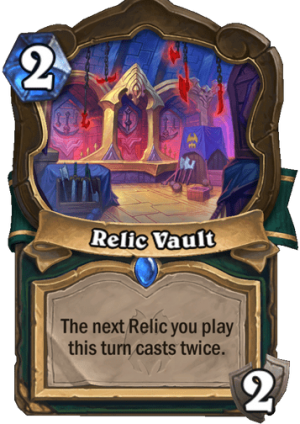 The next Relic you play this turn casts twice.