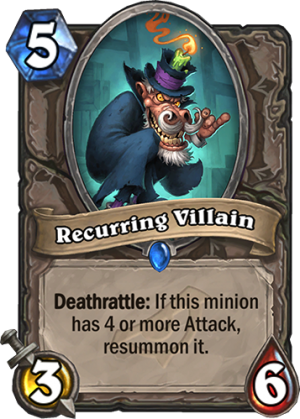 Recurring Villain is a 5 Mana Cost Rare Neutral Minion card from the Rise of Shadows set!

Deathrattle: If this minion has 4 or more Attack, resummon it.