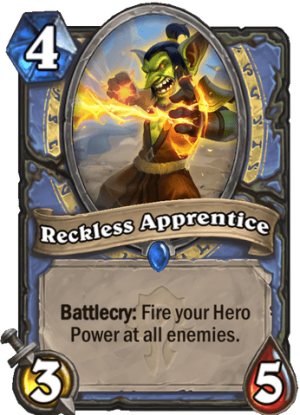 Reckless Apprentice is a 4 Mana Cost Rare Mage Minion card from the Forged in the Barrens set!

Battlecry: Fire your Hero Power at all enemies.

It’s all a great learning experience until someone accidentally aggros the boss.
Tweet