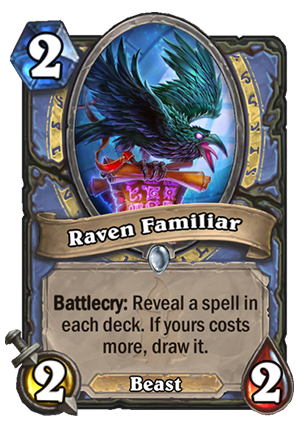 Battlecry: Reveal a spell in each deck. If yours costs more, draw it.

Mike Donais, Principal Game Designer for Hearthstone, had this to say about this card:

If we reprint Joust as a mechanic on multiple cards we would keyword it so that we can add that you win ties. If we don’t keyword it then adding the extra words is not quite worth it.

In this case you can really build around this card and make sure you win if you want or you can risk it and play some expensive spells and just a couple frost bolts for early game.

Important bonus info: This card needs the rest of the set revealed before it can be correctly evaluated.

So… Joust is back! Or is it? Although traditionally it reveals and compares minions, it was never an officially keyworded ability, so we can’t say with certainty that this isn’t Joust. Or Spell Joust. Or simply conditional card draw for Mage (that should totally be a keyword someday). Let’s face it, Mages play tons of expensive spells, and even if only Pyroblast costs 10 mana, they are still more expensive than the spells other classes typically play (Druid says hello). Your Firelands Portals, Flamestrikes and Blizzards are excellent targets for the Raven Familiar and they are commonly found in most Mage decks. That being said, it’s also equally unlikely to imagine a Mage deck without some of the class’ most iconic tools – Frostbolt, Arcane Intellect, Ice Block, etc. Simply put, these cards are way too good not to play and although there may be an aggressive Burn Mage that doesn’t play the Flamestrikes of the world, there won’t be a Mage deck that doesn’t play Frostbolt.

In other words, when you are playing Raven Familiar, unless you build your deck in a very specific (and often times sub optimal) way, you cannot guarantee that its effect will activate successfully and get your that Pyroblast.  It’s not strictly clear whether or not decks will want this gamble, because card draw is really sought after by Mages. This card appears to be overshadowed by Arcanologist, which guarantees the draw and has a better stat line. Or it could be the case that there are way more big spells than small ones in the Mage deck and it’s a calculated risk that will pay off more times than it won’t. 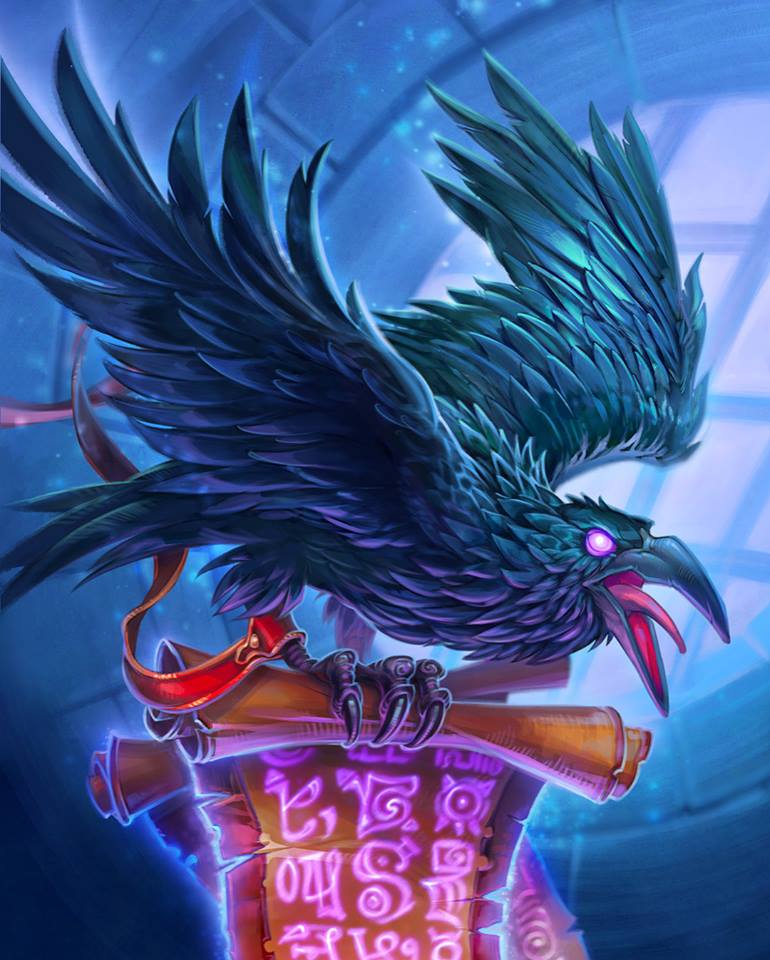