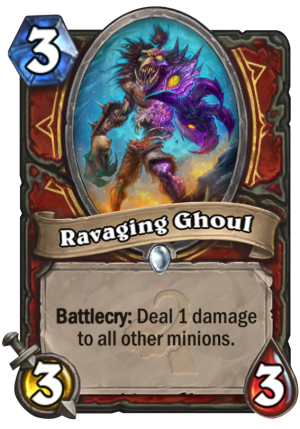 Ravaging Ghoul is a 3 Mana Cost Common Warrior Minion card from the Whispers of the Old Gods set!

Battlecry: Deal 1 damage to all other minions.

But goes by "Ravishing Ghoul" when he hits the club.
Tweet