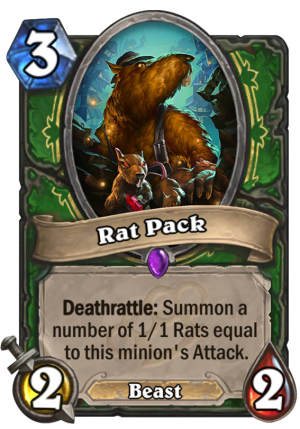 Deathrattle: Summon a number of 1/1 Rats equal to this minion's Attack.