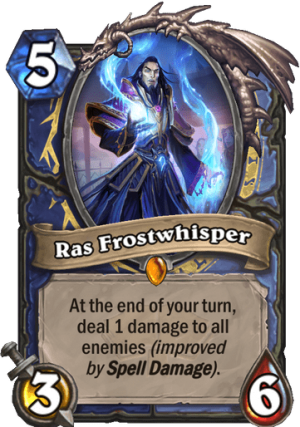 At the end of your turn, deal 1 damage to all enemies (improved by Spell Damage).

Always the favorite of Headmaster Kel'Thuzad, Ras nonetheless received a chilly reception from the other faculty.
Tweet