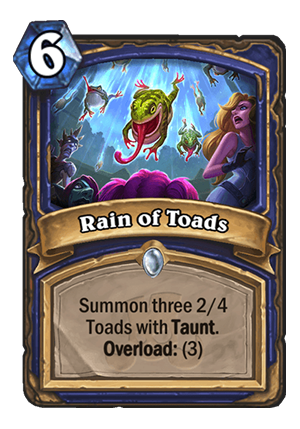 Rain of Toads is a 6 Mana Cost Common Shaman Spell card from the Rastakhan's Rumble set!

This is a bit like Phantom Militia, but you pay the last Taunt’s cost as the Overload. Militia is 3x 2/4 Taunt for 9, this is 3x 2/4 Taunt for 6 + 3, which makes it slightly better overall, since you can play it earlier, when it’s still more relevant. On the other hand, you CAN’T control how many of them you want. You sometimes play militia just for a single 2/4 because you also want to do something else that turn.

It looks like Blizzard got burned by Spreading Plague (rightfully so) and they don’t want to release another powerful spell that floods the board with Taunts again. And so, in the end this card is comparable to a common Taunt that has seen zero play in Shaman. Well, it’s definitely a bit better, although not by a huge margin.

I can see two decks in which this might be played. First one is Even Shaman. The deck likes flooding the board, and doesn’t care that much about 3 mana of Overload on Turn 6, since it can just jam a 4-drop on next turn (or Flametongue Totem + another 2-drop). Three 2/4 Taunts is a nice board flood for the mid game and the deck can take good advantage of that.

Another deck is Overload deck running Lesser Sapphire Spellstone. It upgrades the Spellstone by itself, and it’s a good stall tool for the mid game. But I feel like Earth Elemental is just a better option, especially since it’s also a good Spellstone target in case it sticks (plus it synergizes nicely with Ancestral Spirit). Maybe they will want to play both?

So the card by itself is pretty bad, but it might be good enough to play in some decks because of the synergies. Hard to say at this point, but I don’t think it will ever be amazing. Oh, and you won’t mind pulling it from Hagatha most of the time – it will be a nice option vs Aggro and more value vs Control. 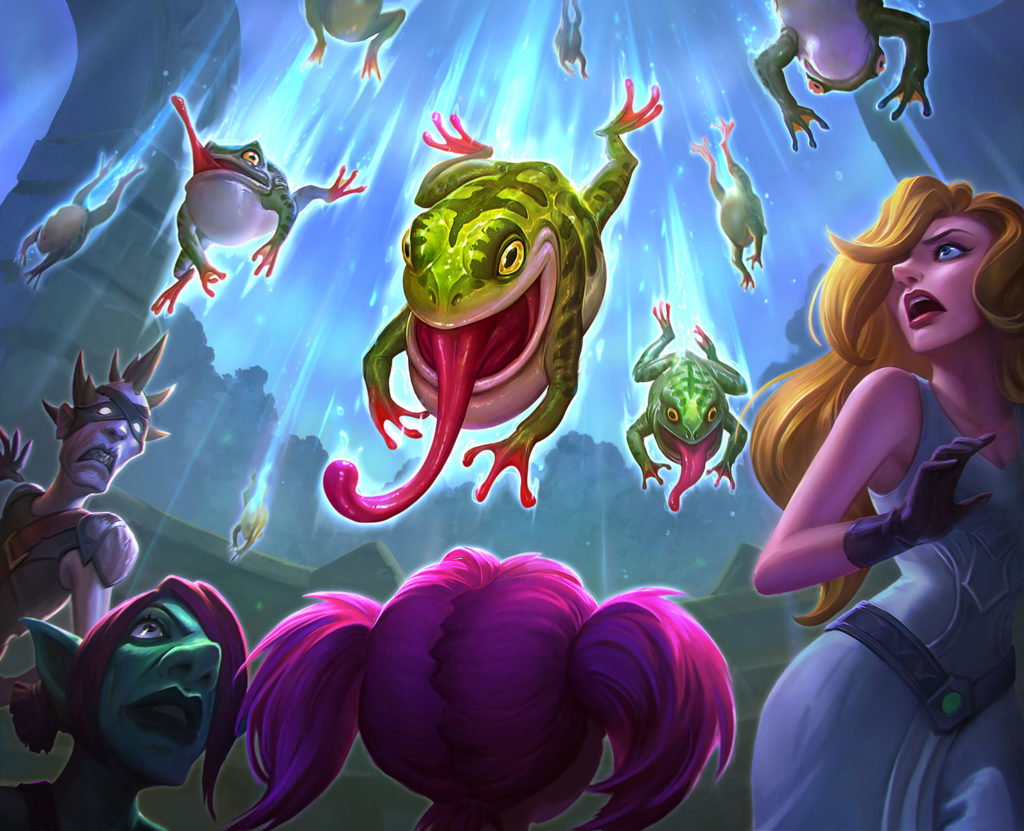