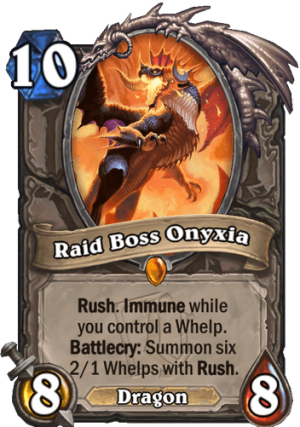 Rush. Immune while you control a Whelp. Battlecry: Summon six 2/1 Whelps with Rush.

Onyxia chose her guises to manipulate mortals, but her true form? That was reserved for ending them.
Tweet 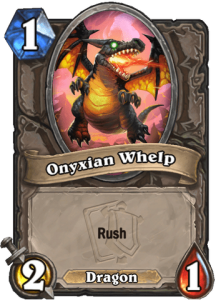