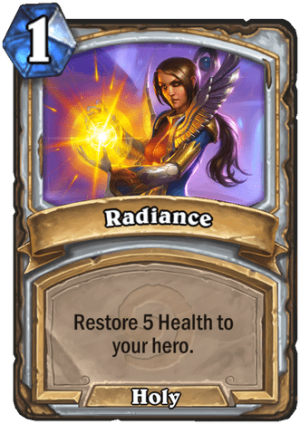 Radiance is a 1 Mana Cost Free Priest Spell card from the Basic set!

Restore 5 Health to your hero.