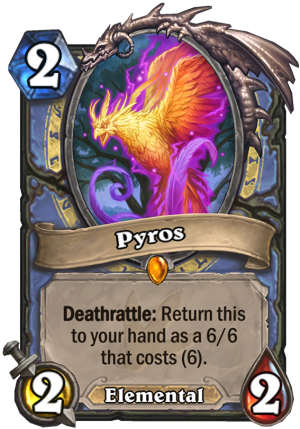 Pyros is a 2 Mana Cost Legendary Mage Minion Elemental card from the Journey to Un'Goro set!

If you strike her down, she shall become more powerful than you can possibly… well, she'll become a 6/6 anyways.
Tweet