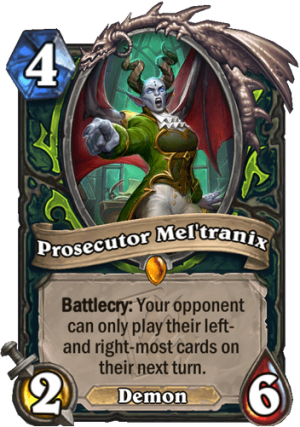 Prosecutor Mel’tranix is a 4 Mana Cost Legendary Demon Hunter Minion Demon card from the The Maw and Disorder set!

Battlecry: Your opponent can only play their left- and right-most cards on their next turn.