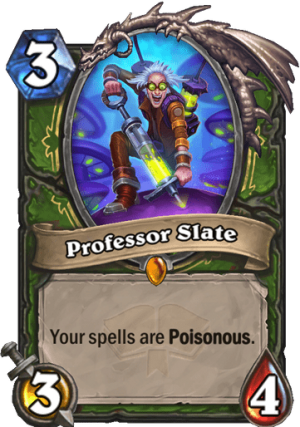 Your spells are Poisonous.