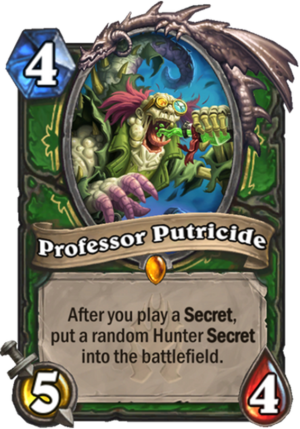 Professor Putricide is a 4 Mana Cost Legendary Hunter Minion card from the Knights of the Frozen Throne set!

After you play a Secret, put a random Hunter Secret into the battlefield.

Among his more notable inventions: A tentacle-groomer, a plague that would wipe out all life on Azeroth, and a fidget spinner.
Tweet