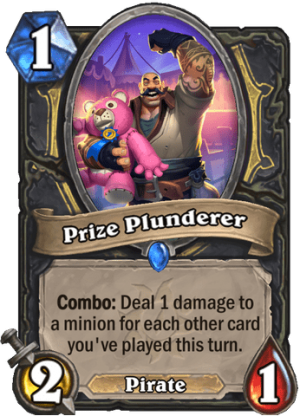 Prize Plunderer is a 1 Mana Cost Rare Rogue Minion Pirate card from the Madness at the Darkmoon Faire set!

Combo: Deal 1 damage to a minion for each other card you've played this turn.

But he'll never be able to plunder the prize of a happy childhood.
Tweet