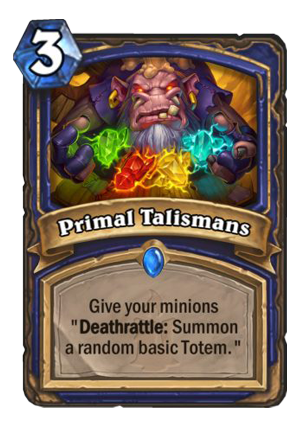 Primal Talismans is a 3 Mana Cost Rare Shaman Spell card from the Kobolds and Catacombs set!

Give your minions "Deathrattle: Summon a random basic Totem."

All that remained from the first kobold colony: a single talisman and the word "Flamestrike."
Tweet 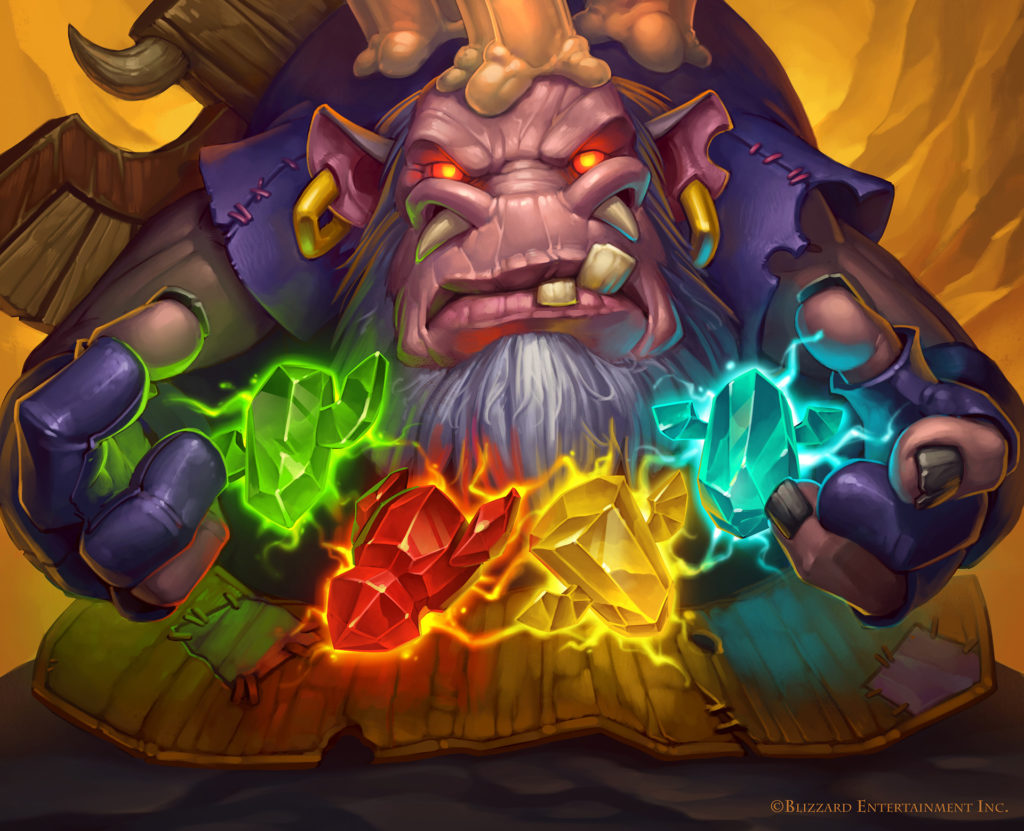