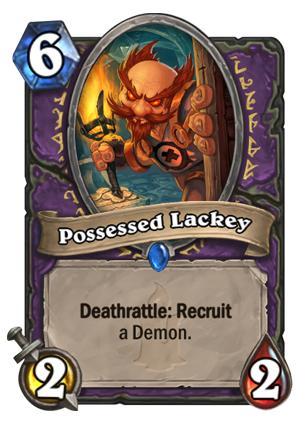 Possessed Lackey is a 6 Mana Cost Rare Warlock Minion card from the Kobolds and Catacombs set!

If you don't keep up with your payments, it'll be a repossessed lackey.
Tweet