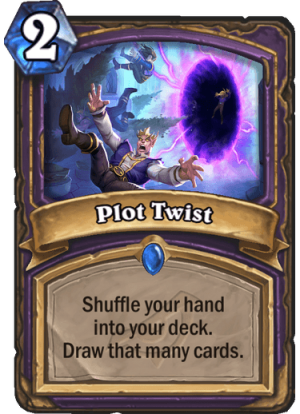 Plot Twist is a 2 Mana Cost Rare Warlock Spell card from the Rise of Shadows set!

Shuffle your hand into your deck. Draw that many cards.