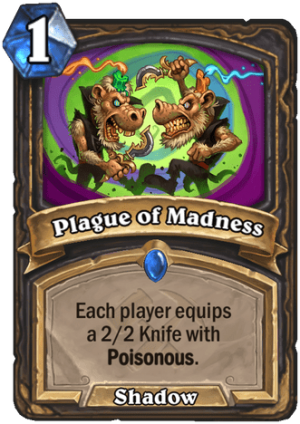 Plague of Madness is a 1 Mana Cost Rare Rogue Spell card from the Saviors of Uldum set!

Each player equips a 2/2 Knife with Poisonous.

Don't bring a candle to a knife fight.
Tweet 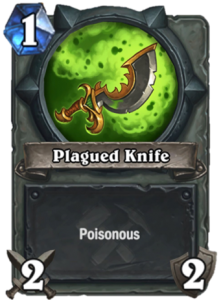 Cards Relating to Plague of Madness