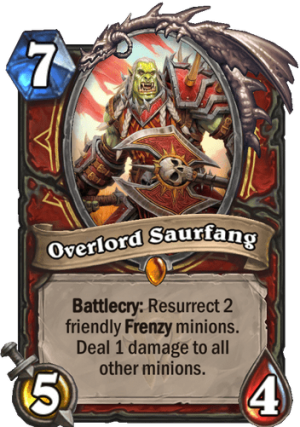 Overlord Saurfang is a 7 Mana Cost Legendary Warrior Minion card from the Forged in the Barrens set!