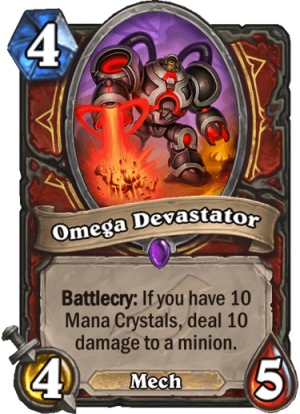 Battlecry: If you have 10 Mana Crystals, deal 10 damage to a minion.