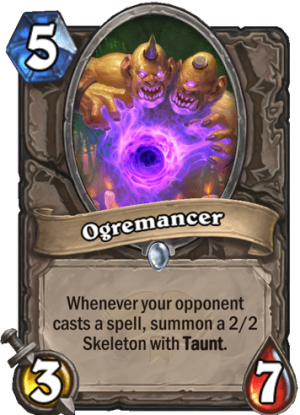 Whenever your opponent casts a spell, summon a 2/2 Skeleton with Taunt.

After their third attempt, Tharg began to suspect that Krul was summoning the skeletons on purpose.
Tweet 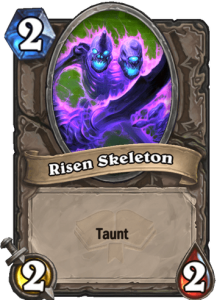