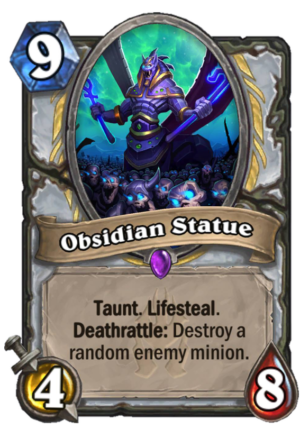 Obsidian Statue is a 9 Mana Cost Epic Priest Minion card from the Knights of the Frozen Throne set!

The original artist spent many hours with a fine chisel perfecting the facial expression for maximum tauntiness.
Tweet