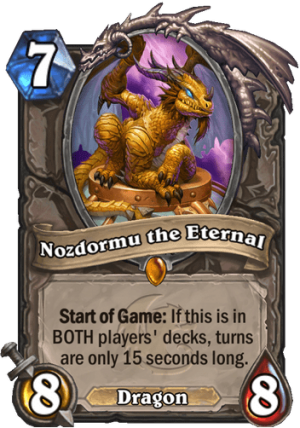 Start of Game: If this is in BOTH players' decks, turns are only 15 seconds long.

Live life in the fast lane. As long as your opponent does too.
Tweet