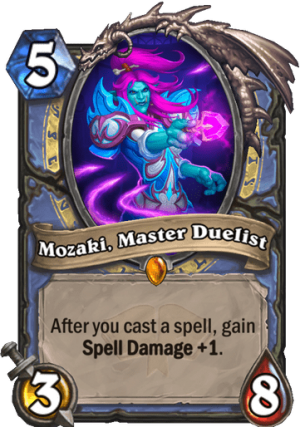 After you cast a spell, gain Spell Damage +1.

Treats her students like her peers, which means defeating them in one-sided duels all day long.
Tweet