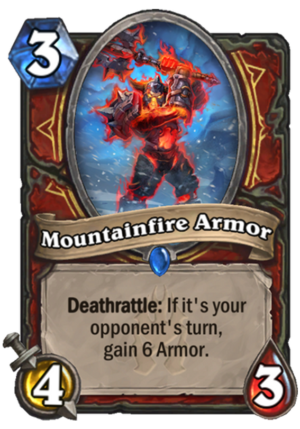 Mountainfire Armor is a 3 Mana Cost Rare Warrior Minion card from the Knights of the Frozen Throne set!

Deathrattle: If it's your opponent's turn, gain 6 Armor.