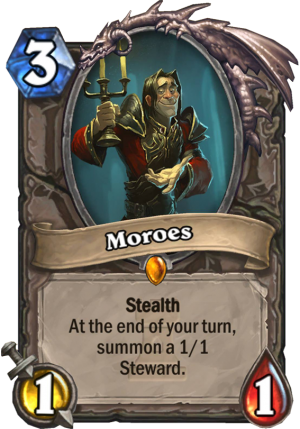 Moroes is a 3 Mana Cost Legendary Neutral Minion card from the One Night in Karazhan set!

Stealth At the end of your turn, summon a 1/1 Steward.

Moroes runs an army of stewards, but still ends up inflating the balloons himself.
Tweet