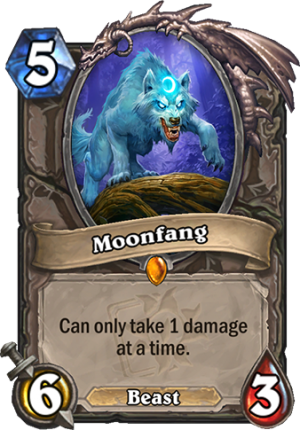 Can only take 1 damage at a time.

Moonforehead just didn't have the same ring to it.
Tweet