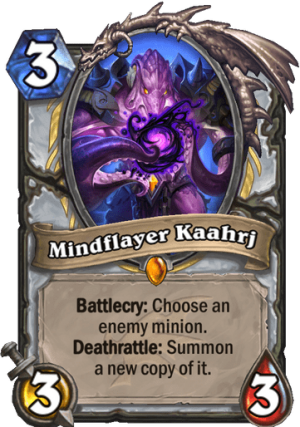 Mindflayer Kaahrj is a 3 Mana Cost Legendary Priest Minion card from the Descent of Dragons set!

Battlecry: Choose an enemy minion. Deathrattle: Summon a new copy of it.