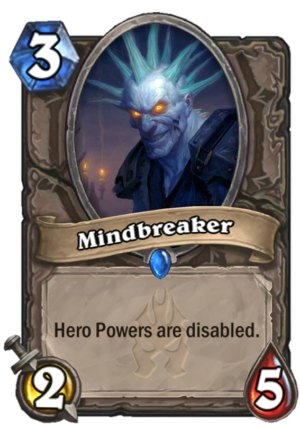 Mindbreaker is a 3 Mana Cost Rare Neutral Minion card from the Knights of the Frozen Throne set!

He's a mind breaker, dream taker, ghoul trainer, don't you mess around with him.
Tweet