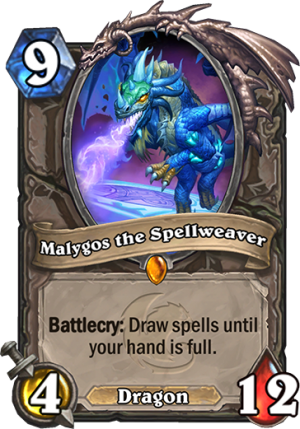 Battlecry: Draw spells until your hand is full.

After many years, Malygos has decided mortals can use magic. ALL THE MAGIC!
Tweet