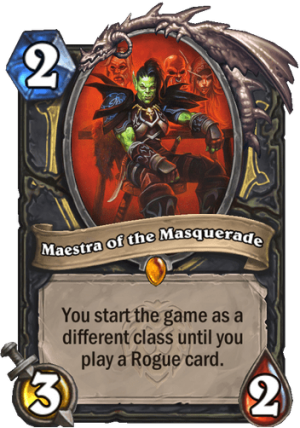 Maestra of the Masquerade is a 2 Mana Cost Legendary Rogue Minion card from the United in Stormwind set!

You start the game as a different class until you play a Rogue card.

She doesn't drop character until after the DVD commentary.
Tweet