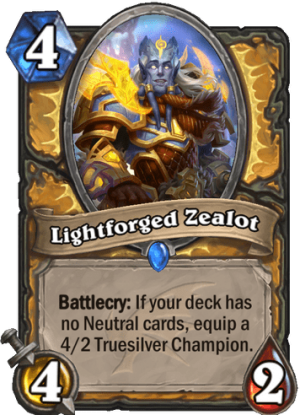 Lightforged Zealot is a 4 Mana Cost Rare Paladin Minion card from the Descent of Dragons set!

Battlecry: If your deck has no Neutral cards, equip a 4/2 Truesilver Champion.

Card-carrying member of the Paladins Only Paladin Club.
Tweet