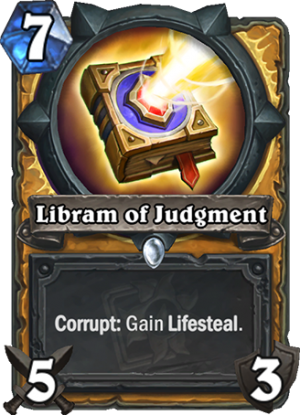 Libram of Judgment is a 7 Mana Cost Common Paladin Weapon card from the Darkmoon Races set!

You really can't judge a book by its cover.
Tweet